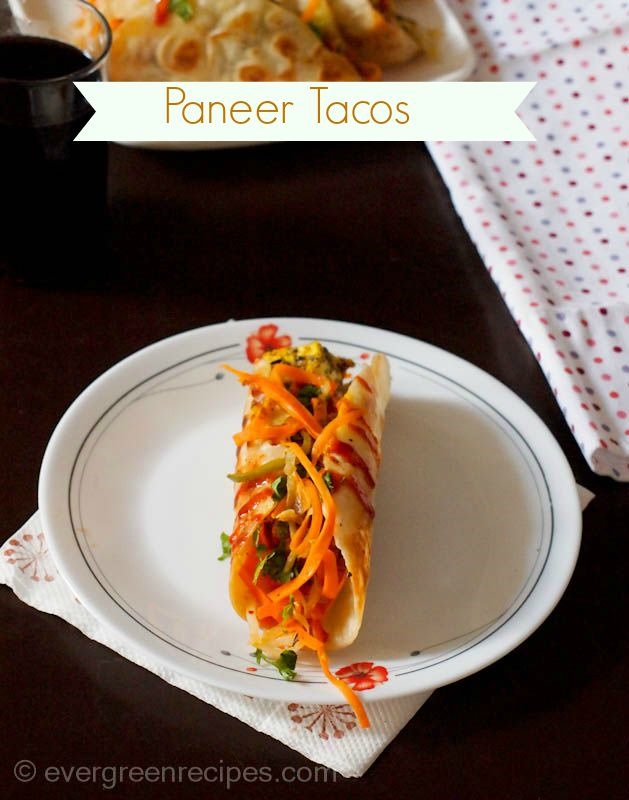 Here is the recipe of Paneer Tacos. Tacos is basically a traditional Mexican dish composed of a corn or wheat tortilla folded or rolled around a filling. We have tried to Indianized it in this recipe by using ingredients common in Indian kitchens.

Though nothing much has been changed to keep the essence of the popular dish, and the filling have used is much more enjoyable. The process is a bit lengthy, but I’ve tried to make it as simple as possible.

You can follow the easy step by step recipe of Paneer Tacos along with photos. I hope you will love it. 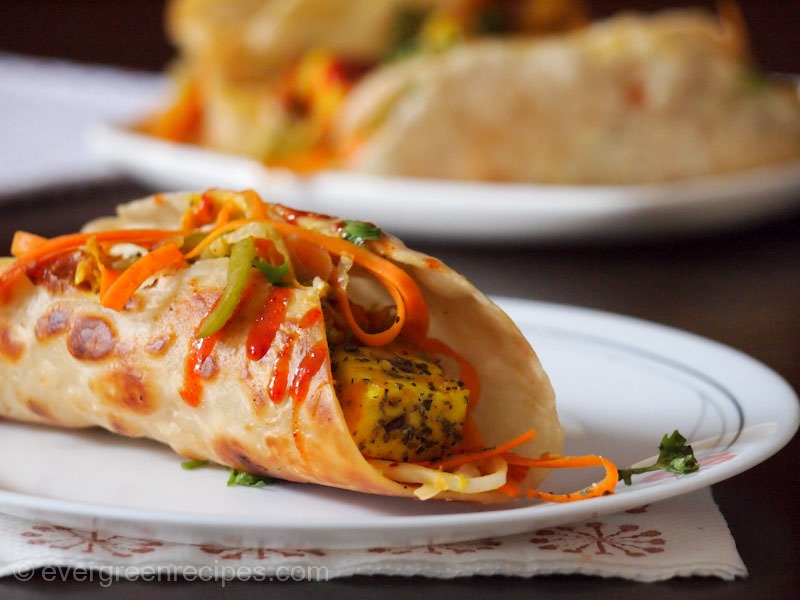 Ingredients for dressing the Tacos:

2. Mix it well, and keep it aside for marinating the paneer for half an hours. Meanwhile you can chop the veggies.

3. Heat non stick pan with 2 tablespoon oil and add marinated paneer cubes. Fry it on medium flame till light golden in color from all the sides. It will take around 5-6 minutes. Switch off the flame, keep it aside for filling in the tacos.

4. Heat another wok with oil and add onion. Fry it till translucent in color.

6. Then add carrot, chilli sauce, pepper powder and salt. Fry it on high flame for another one minute. Switch off the flame. keep it aside for dressing in the tacos.

7. Sieve the flour in a broad bowl and add salt and oil. Mix it well and Knead the flour to make a soft and elastic dough.

8. Divide the dough into 8 equal portions.

9.Take one portion of the dough and roll it using a rolling pin like a chapatti. Put it on the hot tawa.

11. Then remove the chapatti from the rolling pin very carefully. Heat another wok with oil and deep fry the tacos on low flame till golden and crisp from the outer sides.  Do the same with the rest of the dough.

12. Take the tacos in a serving plate, put 3 tablespoon salad dressing, then put some paneer cubes.

13. Sprinkle some all purpose seasoning and chilli sauce. Finally, garnish with some more salad. Delicious paneer tacos are ready to serve. 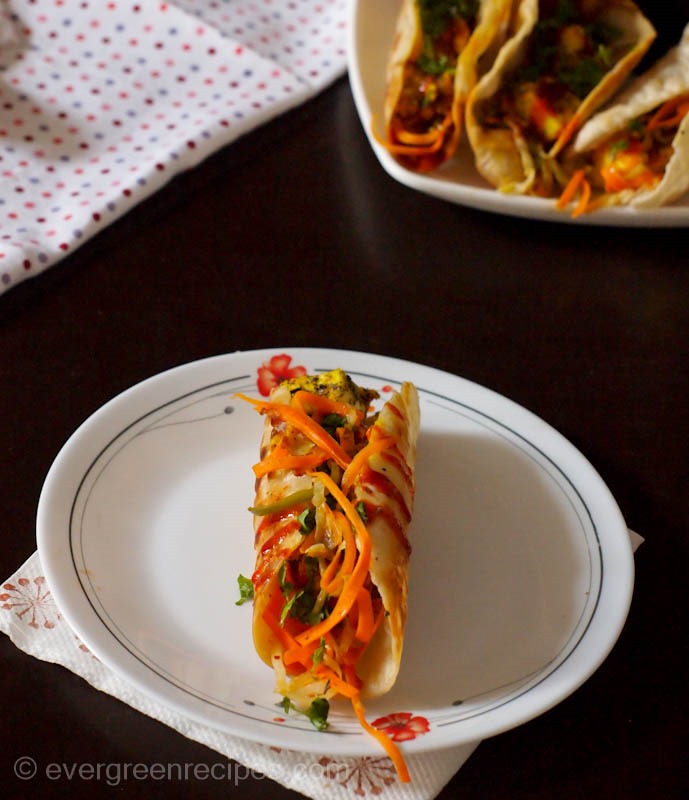 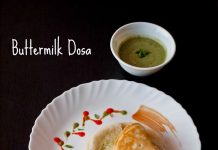 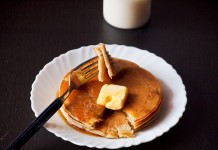 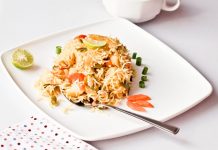 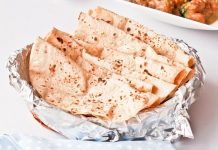 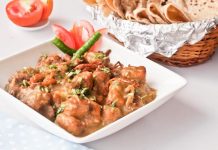 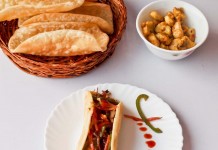 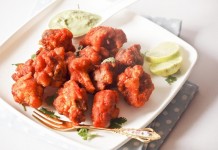 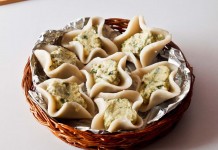 How To Make Dal Ki Ghujiya 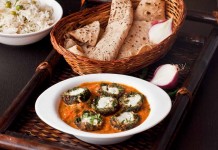 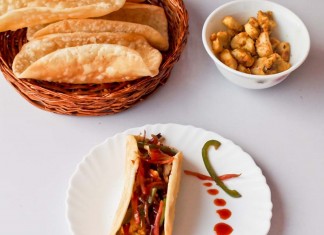 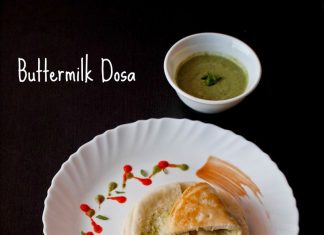